It wasn’t unusual to hear our house creak, but the distinct soft footsteps on the staircase made my scalp tingle. I stood quietly inside my bedroom on the second floor, then creeped to the door and carefully put my hand to the knob. I held my breath and listened.

Was it just the house settling, or was someone there? A slight rustling outside my door decided it for me. I had to find out if anyone was on the other side.

I wiped my palms against my jeans, silently reached for the knob, took a breath and threw open the door. Across the hallway, the door to the second bedroom stood open.

A body dropped like a sack of flour behind the guest bed.

No one moved. No one breathed.

A slender hand stole up and over the hidden side of the bed, inched onto the bedspread, and then another hand. Slowly a teen’s blonde head raised, and big blue eyes appeared.

Only the top of her head showed above the guest bed.

“You scared me half to death,” she breathed. 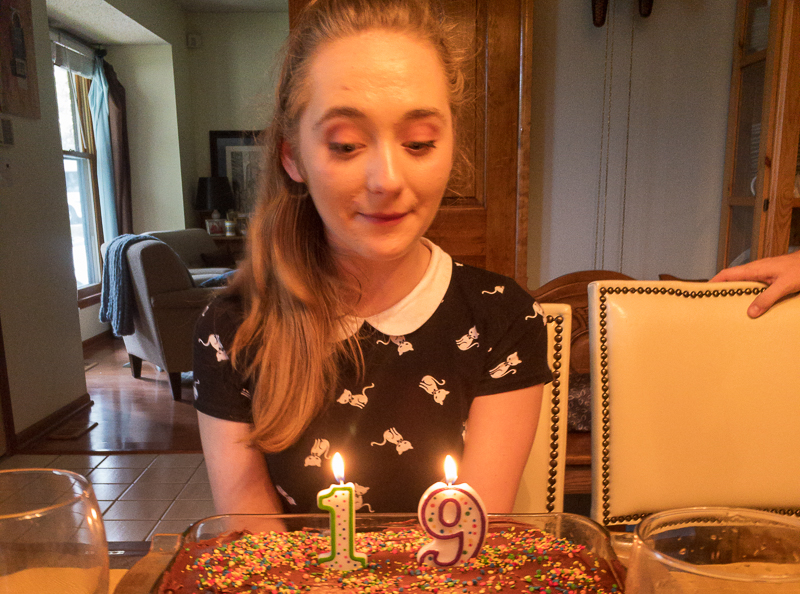 She pulled the rest of her slim 19-year-old form off the floor, got onto her knees and stood. While in college, she had been staying in our basement. I thought she was at work.

“What in the world are you doing?” my hand lay against my thumping heart.

“I didn’t know you were home,” chagrin tinged her cheeks.

“I didn’t know you were here either.”

That memory of my granddaughter creeping behind the bed and dropping to the floor has provided me with a lot of laughs. It’s grown in epic proportions in the family story framework.

However, there are lots of other kinds of creep in our lives often hidden from others, sometimes good, and sometimes not.

You know, that one thing you planned to pick up at the grocery store, and a full cart later you wonder what happened. Or, that new house project which spreads into more until half the house is under remodel. The I’ll only-eat-one-piece of chocolate promise, or the binge-watcher-marathon?

Whatever you think about Halloween, whether or not you like, hate, or even participate in it at all, the creep of it is everywhere. Man eating spiders hang across the lawn, (and why would you do that)? Horror movies (no one could pay me to watch) stream on every channel. And creepy but delightful little trick or treaters ring the doorbell. This is the time of year when all things creepy come out of the woodwork.

Creep gets to all of us in some ways and at some times, and like something alive, it knows weak spots to strike.

In the New Testament book of Jude, written by Jesus’ own brother, there are some creepy, stealthy happenings in the church.

“For certain people have crept in unnoticed who long ago were designated for this condemnation, ungodly people, who pervert the grace of our God into sensuality and deny our only Master and Lord, Jesus Christ.” Jude 4 ESV

Sin crept into the body, active and destructive. It twisted Jesus’ forgiveness into a distortion which used and promoted God’s grace as an argument for condoning immoral behavior. Within the church they “sanctified” and even flaunted unrestrained sensuality. They intentionally infiltrated God’s house for the purpose of leading people astray.

But here is the really creepy bit, not only were their actions sinful, they even twisted evil and declared it good. They dressed it up in costumes to camouflage truth.

Because the church hadn’t been vigilant, the creep happened unnoticed. But God knew. He wasn’t shocked or surprised. He understands creep. Its stealthy spread redefines and contorts the very purity and grace which nailed Jesus to the cross.

The Bible speaks of many things which can creep into our lives. They steal joy and subvert good. Cares of this world, deceitfulness of riches, desires for things rather than God Himself, self-centeredness, lies, and disobedience all choke out God’s Word and deny our Master and Lord, Jesus Christ.

The good news is creep works both ways. God’s Word instructs, trains, guides and equips. It reveals and separates what is deep within. Like seed, it is active and alive to the hearer. It changes hearts, mends and transforms. God’s Word brings wisdom and discernment. It spreads into the dark nooks and crannies of our lives and spreads light.

How can a young man cleanses his way, asks the Psalmist? By heeding God’s Word. God’s word hidden in our hearts prevents sin’s creep. (Psalm 119:9-11)

Click to tweet
teenage granddaughter. The memory of my granddaughter’s flat drop still makes me laugh. It’s a good reminder to make sure I allow only the right kind of creep to invade my heart and mind. 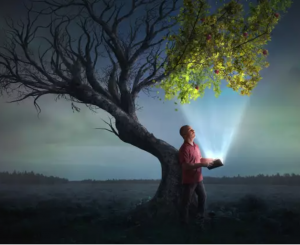 “What does it mean that the Word of God is alive?”