As a kid in grade school I often heard a debate about whether the world was getting better or not.

The question rankled mom and dad, who as part of an older generation had seen a certain decline in the morals of the country.

“Much worse,” they shook their heads.

This week I’ve been reading 2 Timothy. The writing by Paul the Apostle stopped me because the words scrolling seemed so now, so much today. Read each descriptive word.

“But realize this, that in the last days difficult times will come. For people

Globally there is a whole lot-a bad happening. We read about it, see it on our screens, and feel it in conversations; events that surely pain the heart of God.

While we see ourselves within our own contemporary context, Paul saw his then, and these same things applied. He wrote these verses at the end of his life. Soon after he himself was put to death for his faith. He was abandoned, lonely, and in prison.

He wrote what he saw. People, with a semblance or appearance of knowing right from wrong lived without true belief. People bent on saving themselves, set their own foundational rules. 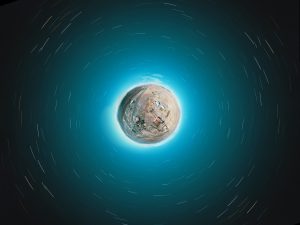 photo by Louis Reed on Unsplash

Jean-Paul Sarte, philosopher and Marxist political activist from the mid-1900’s is attributed with this quote, “Life is an empty bubble on the sea of nothingness.” That hopeless picture gives a despairing picture of a world without absolutes. It describes life without an anchor.

Unfortunately, like Sarte, many ride the seas of nothingness.

My husband’s uncle, a minister of the gospel, coincidentally named Paul, owned a small sail boat. When Uncle Paul took my husband and I out to sea, the wind skimming us over the water, he talked about drift. I remember how easily a small sailboat like his, prone to drift, could be carried out too far. I remember him lowering an anchor into the water so we could enjoy the view and the moment without peril.

We have an anchor.  Jesus is our anchor in the calm and in the waves. We do not simply sail along on a sea of nothingness, the tide does not need to take us where it wills. We need not throw up our hands in despair at drifting undertows.

To be lost without Christ today is just as lost as lost has ever been.

To be saved by Jesus Christ today is just as miraculous, undeserved, and unmerited as when He died and rose again.

Click to tweet
Christ followers distinguish themselves by being different, set apart. Jesus has changed our DNA so that transformation through Him accomplishes that which all good intentions cannot. We don’t drift into thinking as those who don’t know Him, nor acting like them. We do not ride on untethered currents which lead to hopelessness.

No leader, political agenda, or world view can fundamentally change souls. Only Jesus can.

To be saved by Jesus Christ today is just as miraculous, undeserved, and unmerited as when He died and rose again

The gospel transforms hearts first, the rest follows. The world may not be better than 50 years ago. In fact, it may grow exponetionally worse, but the answer remains solidly unashamedly in Jesus Christ alone.

No leader, political agenda, or world view can fundamentally change souls. Only Jesus can

If Paul’s list in 2 Timothy 3 feels at first like kindling on your fire, as it did mine,  instead tilt your head upward to gaze heavenward, away from upending waves.

Jesus is the anchor.

*feature photo by NASA on Unsplash