It was a tiny village, not much more than an intersection with a few stores. When we moved into the area, the only American family in Magazzino, Italy, we gained immediate notoriety.

I could feel the tension rising every time I stepped into its little corner grocery store. The husband and wife who owned the store took on worried looks and started wringing their hands.

“The American lady is coming in,” the hands said. “What will she say this time?”

Italians really do speak with their hands.

Oh the woes of language.

A tiny mark above a letter. A slight inflection of the voice and an entire meaning changes. The context becomes different. 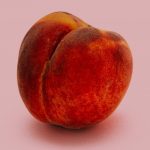 And with a slightly different pronunciation, the catch of fish (pésca) becomes peaches (pèsca), and peaches become fish. If we continue down that language road we hit potty talk really fast.

I know. I’m familiar with that road.

The white-aproned store owner with the worried hands kneading each other knows too. That is why her eyebrows nearly touched with anxiety and she looked around for her husband, or maybe the back door every time she saw me coming. 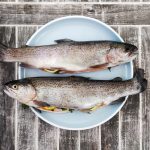 On one fateful day, she stood in front of the peaches I wanted while I babbled about going fishing. Confusion marked her expression, and her hands gestured toward the back of the store, while I tried further explanation adding to her bafflement. It is this fatal desire to clarify with yet more words when one is new in a language that takes the conversation down the toilet. I could almost hear the flush.

Life also has its accent marks

Language pitfalls. My husband and I committed a wide and inglorious range of mistakes that marked us as foreigners for life. Our language bloopers still make dinner conversations in Italy.

Life also has its accent marks. Right now, surrounded by a bit of mayhem with our house move and more construction, I find my accents in a lot of wrong places.

“Why would anyone make cabinets less than standard depth?”

“Did no one think to put in stairs?”

“The shower head is falling off again.”

My cumulative negative accents render it impossible to view the positive. There is a lovely back yard, a roof over our heads and a safe place to lay our heads.

Relationships have accents too. In a recent conversation, I saw in my mind the accent marks lining up in a row. Like troubled water, a breeched dam loosed of accumulated grievances and hurt poured. The more it ran, the greater its turbulence and the more debris swirled to the surface.

Even nations seem to have accent marks, sometimes with such intense focus blessings lie buried under the rubble of misplaced significance.

When only the bad of anything or anyone gets all the emphasis, the rest, the good bits are ignored. It adds up to discontent and grumpiness.

Like the Israelites on their way to the Promised Land, what I give prominence to makes a big difference in how I journey.

“Whenever God slew them, they would seek him;

they eagerly turned to him again.

They remembered that God was their Rock,

Where I place my accents reveals what’s in my heart

Like a yo-yo, the Old Testament account shows God’s divine love for the nation displayed through difficult acts which mercifully accented God Himself. However, the nation’s focus never stayed long term on God their Most High Redeemer. It quickly shifted to the ordinary discontent of all the mundane wrong and bad things of life.

Where I place my accents reveals what’s in my heart.

If my relationship hovers on what is good about another, there is something to build on, and likely there will be much more joy in the day to day.

Along with emptying boxes, I’m taking the time to remove some of the accents from where they are and ask Jesus to help me put them where they belong.