“The devil is in the details.” I’ve often seen the validity of that phrase in politics. It makes perfect sense when reading the small print at the bottom of a contract, or if one is faced with a major decision and sometimes even in relationships.

I get the sentiment behind the statement, “the devil is in the details,”  but Scripture presents another side of that coin. For without fail, God is even in the smallest details.

Recently I’ve noticed how often I skim through numbers when I read the Bible. Newly aware of it, I try to catch myself and back up for the re-read.

God Himself created numbers along with creation when he numbered his works.  “And there was evening, and there was morning—the first day.” Gen. 1:5 NIV

For someone like me, who has found numbers necessary when counting children, pieces of chocolate and how much a new dress costs, digits in Scripture are sometimes overlooked.

God Himself created numbers along with creation when he numbered his works. “And there was evening, and there was morning—the first day.” Gen. 1:5 NIV

God records numerical details with precision. Lots of them. 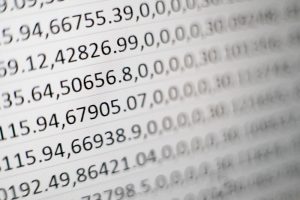 Photo by Mika Baumeister on Unsplash

And indeed, the devil seemed to be rampant in many of the details. But yet, a righteous God remained in control.

Scripture reports exactly what God wants us to know but not always why, and for all you fellow number-slackers, when we skip-the-numbers we also disregard the absolute accuracy of God’s Word. For numbers in Scripture, both those approximates and the exacts, are one of the proofs of God’s Omniscience. They attest to the validity of what He has written.

We live in a world where numbers can be very important. But in the Old Testament story of Gideon, God demonstrates His ultimate control regardless of the numbers.

He shows us that especially when the devil seems to control the details, God still reigns in holiness.

In Judges 6, we find Gideon hiding wheat from the Midianites, he was not an eager go-to-battle-type of person. When the angel of the Lord appeared to Gideon, with the address of “mighty warrior,” Gideon seems to have done a double take.

He had a list of ready excuses, what must have appeared to him as the devil’s details in the affairs of His people.

“Pardon me, my lord,” Gideon replied, “but if the Lord is with us, why has all this happened to us?”

Where are all his wonders?

The Lord has abandoned us.

My clan is the weakest.

And so, God subtracted the numbers of men in Gideon’s troops. God wanted Gideon outnumbered.

“The Lord said to Gideon, “The people with you are too many for me to give the Midianites into their hand, lest Israel boast over me, saying, ‘My own hand has saved me.’” Judges 7: 2 ESV

“Still too many,” God said.

God culled out an army of only 300. The rest he sent home.

Perhaps Gideon had some hesitations about God’s mathematical calculations. Sometimes I do too.

“Lord, we are outnumbered here,” I think when I see the moral abominations flooding our world.

“Really God?” I wonder at injustice against what God counts as sacred.

“Could you ramp up the numbers of your followers with a few more likes?”

The numbers didn’t add well for Gideon. Enemy Midianites and Amalekits ,“lay along the valley like locusts in abundance, and their camels were without number, as the sand that is on the seashore in abundance.” Judges 7:12 ESV

But, he was never encouraged to depend on the numbers, was he?

Click to tweet
“In this world you will have trouble. But take heart! I have overcome the world.”John 16:33 NIV

For as much as we are distracted by the devil in the details, God’s story is always bigger than what we imagine or perceive.

Gideon’s little army of 300 with trumpets and jar torches demolished the multitudes of Midian and Amalekite armies.

For as much as we are distracted by the devil in the details, God’s story is always bigger than what we imagine or perceive

The numbers didn’t really matter, and yet they mattered greatly.

For God Himself won the war exactly as He promised He would.

Sometimes I fall prey to the numbers game.

I feel like there aren’t enough true Jesus followers.

Or I feel there are too many against God and His followers.

And then I want to throw up my hands and cry, “It’s useless.”

But, like Gideon, God’s numbers add up exactly as He chooses for a purpose that belongs to Him.

He gets the credit. I obey.

God is in the details. 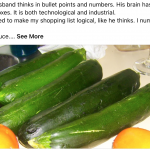 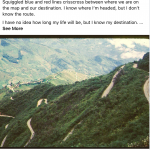 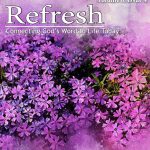