I yanked and pulled until the weed snapped, its root still intact like a vein under the skin of the earth. I’m not a great gardener. I might even be a lousy gardener. Roots like those, with their centipede hairy tributaries put me out. It is their fault. They are my bitter roots.

“Pursue peace with all people, and holiness, without which no one will see the Lord: looking carefully lest anyone fall short of the grace of God; lest any root of bitterness springing up cause trouble, and by this many become defiled;” Hebrews 12:14-15 NKJV

At my husband’s ordination, my father-in-law read this verse. It comes on the heels of the previous chapter’s list of people who ran a faithful race despite all the rottenness the world had to hurl at them. They persevered through injustices, hardship, cruelty and disdain.

And their feet didn’t get tangled up in roots of bitterness.

I didn’t understand at the time how much that verse would be needed in ministry. For others naturally. For us surprisingly.

My father-in-law, also a minister of the gospel, cautioned us about the roots of bitterness prone to spread and strengthen with time. He talked about the harvest of defilement it produced. He warned us of its contagion to others. I remember it so well because it felt so far from reality. We were after all stepping into God’s work.

“But as for you,” Joseph told his brothers after they sold him into slavery, “you meant evil against me; but God meant it for good, in order to bring it about as it is this day, to save many people alive.” Gen. 50:20 NKJV

How might the story of Joseph been different if he’d blamed his brothers for his life of slavery? Or if an immoral woman’s false accusations had fermented in his heart two long years in prison?

And what of Daniel in the lion’s den, or his friends in the fiery furnace? Where is the justice in all that? What did they do to deserve it?

How might the story of Joseph been different if he’d blamed his brothers for his life of slavery?

Click to tweet
The Bible is full of stories of people whose lives were dealt rotten blows. Moses, David, Paul and John the Baptist. Yet they believed God. They believed His Sovereignty reigned over everything, even wrongs dealt them. They chose against bitterness. It is never an easy choice to make. 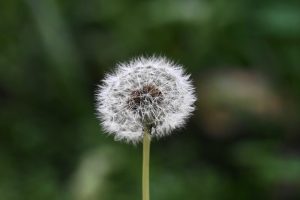 Photo by Çağatay Demir on Unsplash

Which brings me back to where I stood in the middle of my yard with a ripped off piece of stubborn plant that shouldn’t have been growing there in the first place. Do I let the root stay knowing the weed will pop up again? Or do I go to the trouble of getting rid of that bitter root?

At some time each of us is affected by unfairness and hurt. Each of our stories would be, could be, maybe even should be different had people or situations not altered our path. In society, in families, and as my husband’s father knew, even in ministry we might be richer, own more, have risen higher.

We can choose to replay wrong and rewind hurt.

But when I read God’s Word, I come back time and time again to this.

“Let this mind be in you which was also in Christ Jesus, who, being in the form of God, did not consider it robbery to be equal with God, but made Himself of no reputation, taking the form of a bondservant, and coming in the likeness of men. And being found in appearance as a man, He humbled Himself and became obedient to the point of death, even the death of the cross.” Philippians 2:5-8 NKJV

“But remember the former days, when, after being enlightened, you endured a great conflict of sufferings, partly by being made a public spectacle through insults and distress, and partly by becoming companions with those who were so treated. For you showed sympathy to the prisoners and accepted joyfully the seizure of your property, knowing that you have for yourselves a better and lasting possession.” Heb. 10:32-34 NASB

There is so much angry bitterness in the world, such blame and resentment. Life can get ugly in the weeds. Sometimes we feel impotent to change what we see. And in fact at times we feel hopeless to change our own bitter roots. 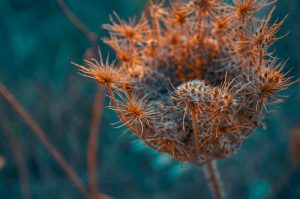 Photo by crabtree on Unsplash

This is what my father-in-law taught many years ago. This is the choice he wanted us to make when confronted with the injustices life would assuredly bring.

I’m reminded by a broken weed in my hand, and a root still in the soil, bitter roots do not belong in clean hearts. I will choose to believe.

Bitter roots do not belong in clean hearts

Click to tweet
“And being found in appearance as a man, He humbled Himself and became obedient to the point of death, even the death of the cross.”

This article at Bible Study Tools

What Does the Bible Say about Grandparents and How They Are Blessings? 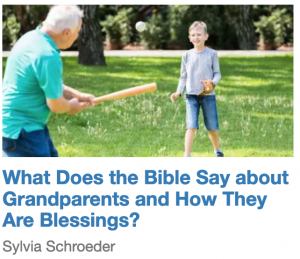