I’ve had Christmases without snow, gifts scarce, and family missing, but I’ve never had one without Handel’s Messiah filling my airwaves. When I think of Christmas glory, it is always with a chorus’ swell and movement.

“And the glory, the glory of the Lord…”

From childhood, words I read in my Bible which are part of the lyrics of The Messiah sing in my head rather than speak. Every word in bass cadence or with soprano trill in notes rather than with alphabet. 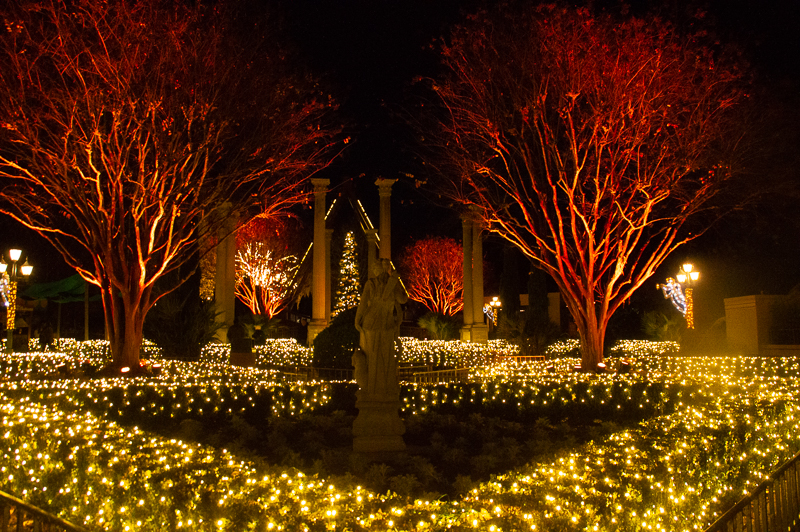 They come to me with every chord accented in symphonic fugues, “the glory of the Lord shall be re-e-e-ve-led, shall be re-e-e-veled…and all flesh shall see it toge-ther: for the mouth of the Lo-o-ord hath spoken it.” (Isaiah 40:5 KJV)

When David declared in Psalm 24:10 KJV, “Who is this King of glory? The Lord of hosts, he is the King of glory” the question and answer pulsate and reverberate through my being in the echo of an oratorio’s score.

At the time Isaiah the prophet promised the glory of the Lord would be revealed, the virgin birth of Jesus was still 700 years in the future. When David asked, who is the King of glory, it was about 1,000 years before Christ’s arrival.

Christmas glory for me is always accompanied with chorus harmony and orchestra strings, a glorious taste of what the shepherds must have felt the night of Jesus’ birth.

“Glory to God in the highest, and on earth peace, good will toward men.” Luke 2:14 KJV

Did you know almost the same words were shouted in jubilant praise just hours before Jesus was put to death?

“Blessed is the King who comes in the name of the Lord! Peace in heaven and glory in the highest!” Luke 19:38 KJV

As He entered Jerusalem on a colt, they declared with exuberance the coming of Jesus as the Ruler for whom they had waited. The people gave Him the glory attributed to God. Many spread their coats on the road. Voices shouted praises. Songs greeted Him. The air electrified. Finally after the culmination of thousands of years of expectation, God With Us had arrived.

But to the jealous Pharisees all the hoopla seemed hair-raisingly-blasphemous and downright sinister. They rebuked the Son of God for what the crowds were yelling.

Jesus replied, “I tell you that, if these should hold their peace, the stones would immediately cry out.” Luke 19:40 KJV

Were the rocks on the Bethlehem hillside the night of Jesus’ birth wanting to shout? Perhaps the blinding light of a multitude of angels was just a drop from a mighty heavenly dam ready to burst from its seams into the sky with God’s glory?

“For unto you is born this day in the city of David a Saviour, which is Christ the Lord.” Luke 2:11KJV

Threads of glory weave through creation all the way to Revelation. Yet the word glory is not easily defined nor tangible. The Hebrew root deems glory as heavy, weighty, very great. Weight in Biblical times inferred value, authenticity and inestimable worth. We cannot fathom His glory. It is weighty, greater, bigger, and brighter.

At His birth God’s glory shone. At His death His glory triumphed.

It is said that when Handel finished his 25-day marathon musical composition, he broke down and sobbed saying, “I think that I did see all heaven before me, and the great God Himself.”

At His birth God’s glory shone. At His death His glory triumphed

King George was so moved by the Hallelujah Chorus he stood in awe and reverence at its performance. The audience followed his example. Today we still rise when it’s played. The majesty of words and music demand a response.

I too am moved deeply by the richness of it. But the marvelous truth is, all of it, the weighty beautiful inspiring glorious manifestations given on this earth are just shadows of a someday face to face reveal. Then we will know what glory really is.

Christmas is a rhythmic reminder of Christ’s journey from a throne to a manger and from a cradle to a cross. It prompts us to consider just a sliver of the vast glory of God. It ties the ribbons of our minds to much more than an earthly royal take-over. It promises full glory ahead.

For there will come a day when like a magnificent choir, we will know Him for All He is. We will be like rocks that must cry out. We will say in an explosion of praise, “Worthy is the Lamb that was slain to receive power, and riches, and wisdom, and strength, and honor, and glory, and blessing.” Revelation 5:12 KJV

Do I hear a chorus of Hallelujahs?