Hey, not so fast. Although the Easter holiday is past, the resurrection is not.

“After his suffering, he presented himself to them and gave many convincing proofs that he was alive. He appeared to them over a period of forty days and spoke about the kingdom of God.” Acts 1:3 NIV

Sometimes the best time to really celebrate a holiday is after it’s over. After the hoopla is packed up, stored away and the leftovers are gone, there is time to linger.

Jesus’ last words on the cross declared, “It is finished.” He paid the debt, conquered sin and death. Done. Accomplished. Complete.

And yet, after rising from the dead He came back for 40 days and lingered with those He’d served during His earthly life. His lingering was an act of love which set the course, purpose and mission of His church.

Fear, dread, doubt and despair put the disciples in a lock down after Jesus’ death. The kind of shut in that agonized with grief and disappointment. The type that looked deep inside their beings and recognized failure and denial of the Christ they had proclaimed. Their abandonment of the Messiah must have filled them with regret and shame. Sorrow and disbelief, uncertainty and confusion mixed in their souls.

What had just happened and how could it have? 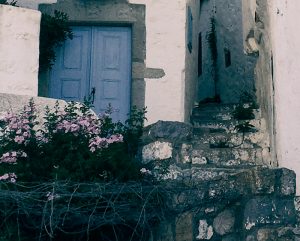 And then Jesus walked through their locked doors.

“On the evening of that first day of the week, when the disciples were together, with the doors locked for fear of the Jewish leaders, Jesus came and stood among them and said, ‘Peace be with you!’” Jn. 20:19 NIV

And then Jesus walked through their locked doors

Only Thomas wasn’t there.

“A week later his disciples were in the house again, and Thomas was with them. Though the doors were locked, Jesus came and stood among them and said, ‘Peace be with you!’” John 20:26 NIV

At some point in our lives a distinct meeting must occur with the resurrected Christ, a face to face with who He is and what that means. A decision, a touching of hands and side, like Thomas. A declaration of Peter’s magnitude to Jesus’ question, “Do you love me more than these?” An embrace of the entire gospel like the two on the road to Emmaus, “our hearts burned within us.”

There must be a death for resurrection to occur.

“When you were dead in your sins and in the uncircumcision of your flesh, God made you alive with Christ. He forgave us all our sins, having canceled the charge of our legal indebtedness, which stood against us and condemned us; he has taken it away, nailing it to the cross.  Col. 2:13-14 NIV

There must be a death for resurrection to occur

“But because of his great love for us, God, who is rich in mercy, made us alive with Christ even when we were dead in transgressions—it is by grace you have been saved. And God raised us up with Christ and seated us with him in the heavenly realms in Christ Jesus.” Eph. 2:4-6 NIV

“We were therefore buried with him through baptism into death in order that, just as Christ was raised from the dead through the glory of the Father, we too may live a new life. For if we have been united with him in a death like his, we will certainly also be united with him in a resurrection like his.” Romans 6:4-5 NIV 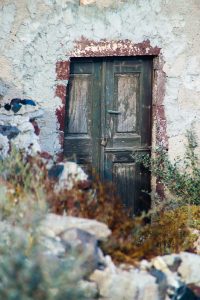 Photo by Philip Schroeder on Unsplash

In the year 2020 and into 2021, our entire world spent a lot of time behind closed doors, from Easter to Easter. We’ve tasted the bitterness of death’s reality. We’ve faced fear. We’ve closed and barred doors. But, as the disciples discovered, closed doors don’t deter a risen Savior.

This year we celebrated Jesus’ resurrection on April 4. Forty days after is May 14, more than a month. Extraordinary in every way, Jesus breathed again, walked with his followers, appeared and disappeared, taught Scriptures, gave a commission to proclaim Him and promised a Helper. He brought us up from death to life. There is so much to linger over.

I want Jesus to walk through every one of my closed doors. Even one’s I don’t know are closed. I want to linger with Him, to converse as the two on the road to Emmaus, to grapple with my love for him like Peter and expel all fear and doubt from my heart like Thomas.

For every door barred and locked, Jesus holds the key, and He delights in lingering together.

The Easter Holiday is over, but our resurrection to new life is not.